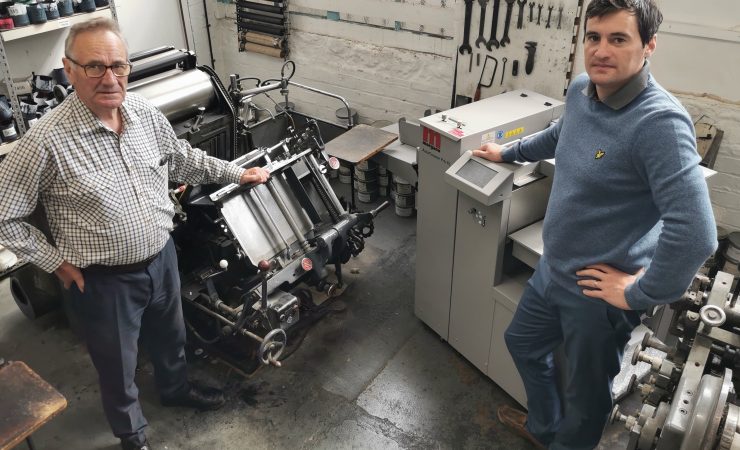 The company, which has a Xerox Versant 80 and Ricoh Pro C9100 in addition to two Ryobi litho presses, was carrying out a lot of creasing and perforating work on Thomson platen machines, but as co-director Jamie Richardson explained, ‘It takes quite a bit of skill and time to make-ready those machines. A lot of the jobs we do are small runs, like sock bands and swing tags, for example, so make-ready was taking longer than the time to actually produce the work.’

Investigations into automated creasing alternatives with three suppliers quickly led to the Morgana AutoCreaser. ‘We knew the Morgana team, as we have a few other Morgana machines on-site, so then, because of our location, we needed to find the best service solution as well as the best price. Although pricing was pretty close between them all, CLC offered an on-site demo, so in the end we went with them,’ said Mr Richardson.

While the platen machines aren’t redundant, the rapid set-up and automation capabilities of the Morgana unit means that a large amount of work has now been transferred to it.

‘The AutoCreaser Pro XL can be loaded with up to 200mm of stock, meaning we can set the job up, check it is correct, then walk away and let the machine do its thing. Being a small team, we need that level of automation so that we can keep our production output high. We also liked the capacity to store a large number of job pre-sets in the on-screen menu, meaning that complex jobs that come back to us frequently can be set-up with just the touch of a button,’ added Mr Richardson

‘The machine has done a lot of varied tasks. It perforates our raffle tickets, creases menus, order of service sheets, greeting cards, sock bands, swing tickets, and many more. The biggest plus, of course, is the make-ready time between jobs – it’s just so quick and simple. The machine runs every day, doing a variety of different jobs, and has definitely helped us increase our productivity.’ 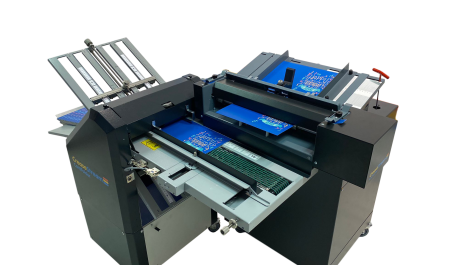 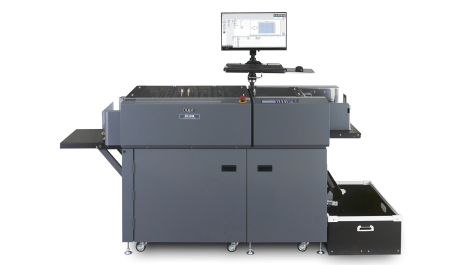