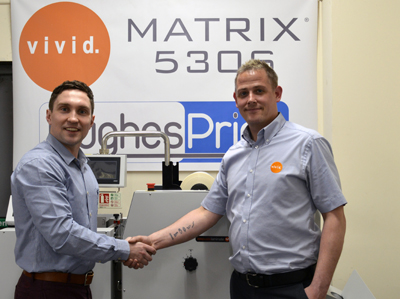 Hughes already had a Matrix MX-530P and were impressed by the quality and consistency of its output and so when it came to increasing their in-house capacity they looked to Vivid for a solution.

The existing MX-530P was hand-fed and Hughes had decided that, for them, the maximum viable number of sheets on an in-house run was around 500 SRA3 sheets; above that and the company typically outsourced with the loss of control, delays and additional cost that entailed. The faster speed and heavier construction of the MX-530S combined with the Omni-Flow Deep Pile Feeder has meant that a 2000 SRA3 sheet run or greater is now viable in-house.

Proprietor Daniel Hughes said,’Vivid have supported us with competitive consumable costs on the new machine, this combined with the extra production speed and semi-attended operation means that we are now a lot more competitive on products produced on this system.’

He continued, ‘The 530S builds on the foundations of the 530P system, it is able to handle all of the existing laminate and foil work we produced on the 530P and with the Omni-Flow at a much faster rate; the laminate and foiling finish on both machines is excellent. We are hopeful that this side of the business, with the increased productivity, will allow us to handle larger jobs on this equipment.’

Mr Hughes added, ‘We had a 530P already and were happy with how that machine performed, plus we have other Vivid equipment including an EasyMount Air 1600 and we had a demonstration the new equipment’s capability at exhibitions such as the Print Show in Telford. We are very satisfied with the service and support Vivid offer.’

‘I was really happy that we got a very reasonable exchange on our old kit, which gave us additional confidence in investing in a new system when considering the devaluation rate of equipment.’

The new 20m/min system was installed by Vivid staff who also supplied comprehensive training to the Hughes team on-site.

The Matrix is a modular system that can grow with a printer’s business. It offers lamination, foiling and Spot UV effects capability supporting Vivid’s wide range of Aqua Aura Foils and Boss films including news inclusions such as printable matt and gloss. Features such as pneumatic rollers and stabilised temperature control ensure consistent results across long runs and repeatability on re-runs reducing waste and saving time and money. Details of the range can be found at:

This article is an advertorial; the featured company created the wording and paid for its placement. It has been edited by Whitmar Publications to ensure that it meets our standards. 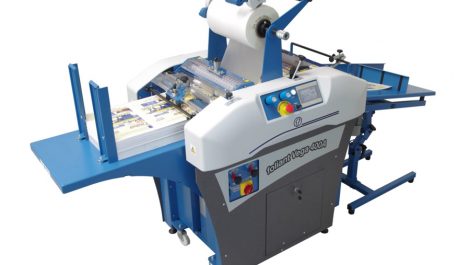 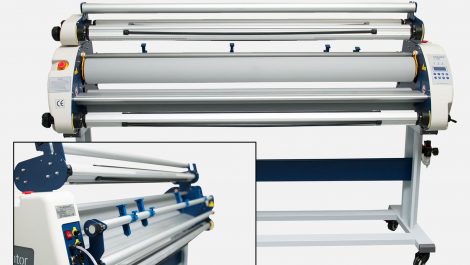 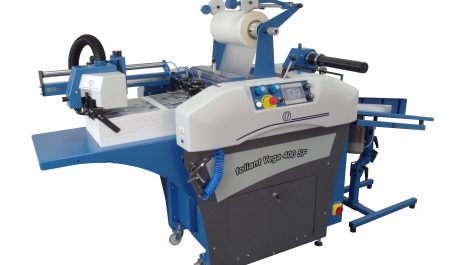