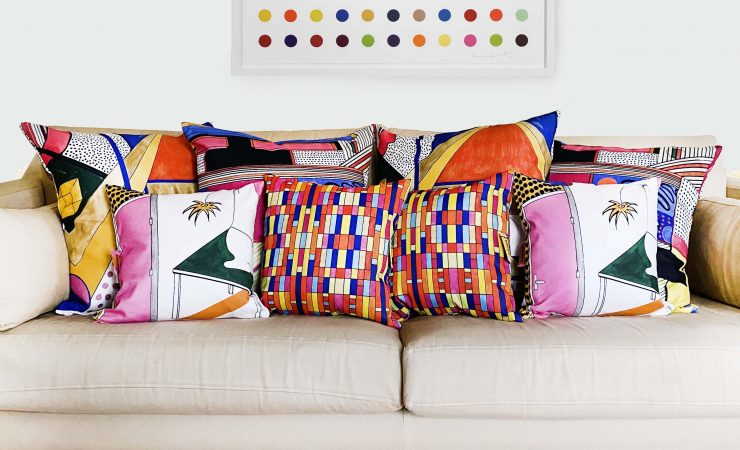 From personalisation to short runs, via environmental benefits and printing in a vast array of colours, the advantages that digital print offers designers are legion. But what do the designers themselves think of the technology? Charlie Kortens found out

Whatever you’re trying to accomplish when it comes to interior design, there are digital printers to suit your needs. From wallpapers to cushions, upholstery to rugs and carpets, digital can provide the speeds, resolution and breadth of substrates designers are looking for. The print manufacturers know this, and so do the print shops, but what do designers think about digital printing? Digital Textile Printer spoke to three leading designers to try and find out.

‘I’d always known I wanted to create,’ Ms Travers explains. ‘That’s just what made me happy. I really enjoyed the course but it just wasn’t for me. I’m not a big fan of rules and staying inside the lines, so I switched to surface fashion design for fashion and interiors and there was something about the latter aspect that really spoke to me. Fashion is fast and dynamic, but your favourite dress might only be your favourite for a season, interiors are so much more permanent.

‘If you design part of someone’s house, you’re a part of their safe haven, where they unwind at the end of the day. If it’s a bar or a hotel then you’re creating a space where people go ‘wow!’ and I find that’s so much more rewarding.’

She’s been utilising digital print since the earliest days of her career, and Ms Travers is clearly a fan, with the sustainability and environmental advantages digital offers of huge importance to her. ‘Lots of my work is inspired by things like plastic in the ocean and social consciousness,’ she explains. ‘I like to work locally, with environmentally friendly inks and sustainable or recyclable fabrics. Some of those are great and we’re only at the beginning with them, so where they’ll be in five years’ time I find really exciting.

‘Short runs are another huge advantage of digital. It’s really hard for smaller independent designers who don’t have the money to order 500 of something to test the market. With digital they can just do short runs.’

These are views that are echoed by Freya Richmond, a designer with a first-class honour’s degree in Printed Textile Design for Fashion from Brighton University. ‘Being green, printing short runs, personalising, they’re all huge advantages,’ Ms Richmond says. ‘I also love how you can produce a print with a gazillion colours in it and get it printed exactly as you see it on screen, provided you’ve done your colour checks! It’s such an advantage to be able to print exactly what you design, with alternative methods this just isn’t the case… digital is just like printing out a piece of paper on a normal printer. It’s incredible.’ 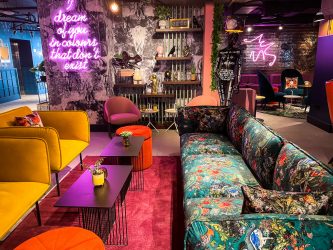 Ms Richmond, who also has a Fespa Design Award to her name and has worked at London design agency Richard Quinn, says that she has always been interested in textile design. ‘From school through to my degree it’s always been very textiles-based and print was a part of that from the very beginning,’ she says. ‘Of course I’ve explored the alternatives, such as weaving or knitting, but I’ve always chosen print because there’s so much more you can do with it.’

She started off using screen printing, a method Ms Richmond admits she does still prefer to digital. ‘It’s really cool and raw and I prefer the way it looks. That being said, it’s very expensive and it uses a lot of water and the inks aren’t as necessarily as environmentally friendly. You can do more than five or six colours, but there is a cost to it. Digital has the edge there I suppose.’

The third member of our trio, multi-award winning Annette Taylor-Anderson of ATA Designs, also acknowledges the advantages of personalisation and short runs, but for her the main selling point of digital is that ‘you aren’t trapped in the old, traditional ways of working, especially when it comes to wallpapers. I have huge respect for the traditional methods, but you can get locked into a certain way of designing, particularly when it comes to the number of colours, with digital you can use so many colours and the price doesn’t go through the roof.’

As the above comment suggests, Ms Taylor-Anderson now specialises in wallpaper design, but she began ‘as an artist, first and foremost. I used to do art shows and sell my work there and I was always experimenting on different types of paper and fabric. It was whilst I was doing a foundation course in art at the Mary Ward Centre in London that someone asked me if I’d ever thought about textiles, I ended up showing my work to the University of East London and I was accepted straight away.’

It was whilst at university, studying textile design and surface decoration, that she was introduced to digital printing. ‘It was part of my course,’ she explains. ‘They did a lot of fashion and back then they seemed like the only ones doing that sort of fabric printing. They had a printing unit that was used by both students and by external companies.’ 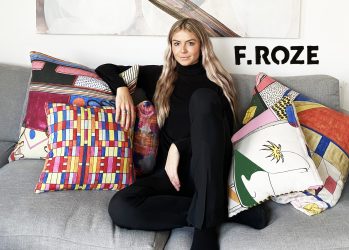 Freya Richmond learned her trade at the University of Brighton

Each of our designers sells their work through their websites, social media sites such as Instagram, word-of-mouth and personal introductions, but with entry-level textile printers becoming more realistic investments, and e-commerce platforms more and more popular, do they think we will see more designers investing in printers and producing their own work directly?

‘It probably is viable to do something like that,’ Ms Taylor-Anderson says. ’But for me, you’ve got to think ‘am I a printer or am I a designer?’

‘People say ‘you should have your own printer and you can do everything yourself…’ but what happens if something goes wrong? That’s not to mention the costs, the inks, I just want to get on and do my stuff!’

Ms Richmond is a little bit warmer about the idea. ‘You’d need a lot of space,’ she says at once. ‘But you could do it. I suppose it depends on how much money you have behind you as well as the space you have. It also depends on how important it is to you… I have a little screen printing operation, but I do it in a very chilled-out way. It is quite an investment, but if your company is doing print all the time, then it is something worth considering.’

Ms Travers is the most positive of the three. ‘I think that sounds great,’ she says. ’Establishing yourself in design isn’t as easy as people think. People often say, ‘Oh my god I love your job,’ but they don’t realise how hard it can be. Investing in your own printer… it’s investing in yourself. When you’re faced with something that can be quite daunting providing yourself with opportunities and options… I like that.’ 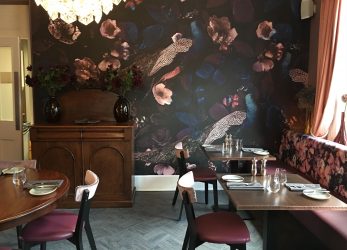 Bespoke Peacocks Mural Design by ATADesigns at The Northgate

Obviously each of our three designers managed to discover digital printing, either in the course of their education or their career, but Digital Textile Printer wanted to know whether they felt that print manufacturers, and the broader industry, does enough to showcase precisely what the technology is capable of.

‘I think it depends on the individual companies and on the relationships you build with them,’ Ms Travers says. ‘When I was at university digital wasn’t necessarily a huge part of the course, but then I think that university, whilst fantastic, doesn’t necessarily give you all the tools you need anyway. Too many designers graduate and then have no idea where to turn or who to talk to… perhaps there is a space there to be filled.

‘That being said, if you want information, pick up the phone and ask. I did and plenty of people invited me to come in and have a chat. I’ve built plenty of relationships that way.’

‘However universities and courses could do more to teach students about the process, because the industry does need to understand that, as well as the various fabrics and how different printers and different fabrics work together. I do think it’s important to go to shows like Fespa both to meet people and to see things, there’s always new technologies and new fabrics coming out.’ 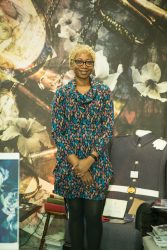 Ms Taylor-Anderson says that once she had left university it was very much her responsibility to go out and source things for herself. ‘I had to go to people and ask them what they were doing, how they did things,’ she says. ‘Certainly I think that if students aren’t being taught more now then they should be. They need to leave armed with the knowledge they need.

‘There are designers out there who would love the technology if they knew more about it. But part of that responsibility has to lie with the teachers and tutors, why not visit trade shows? That’s where the printers are. When I left university I wasn’t told anything about where to go, I had to find it all out for myself.’

Digital printing is clearly an exciting technology for the design world, and as the industries get to know each other better and better, there will surely be a lot of interesting conversations to be had. 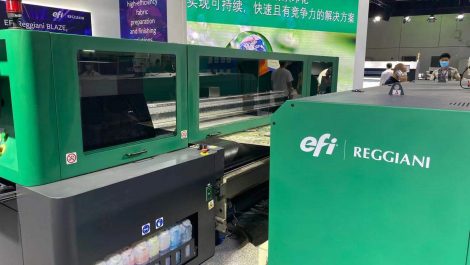 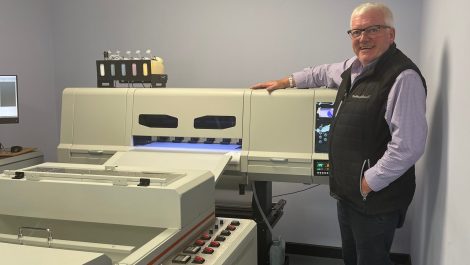 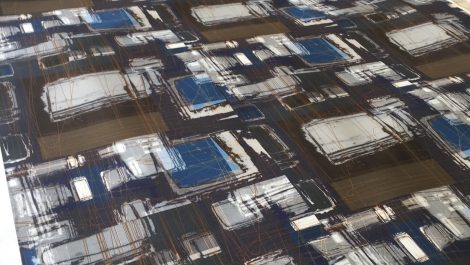 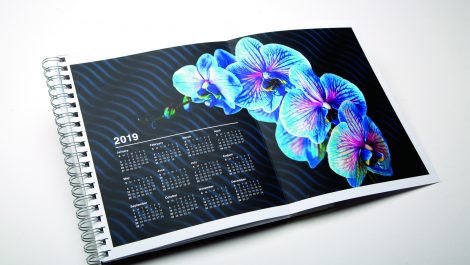 2 comments on “Inside design”