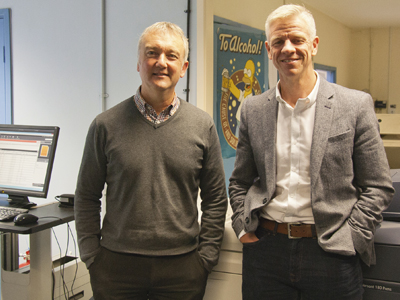 Integrating more closely with your customers’ businesses is one of the unsung benefits of web-to-print. Michael Walker saw how moving into the supply chain helps.

You could say that the history of web-to-print has largely been one of failure. Early promises of copious business being there for the taking on the wild frontier of the internet were not borne out in practice; by some estimates, more than half of online portals built to tap this latent demand were abandoned within 18 months, having never delivered the benefits they were sold on. “Build it and they will come” didn’t work.

While there were undoubtedly technical hurdles around setting up and running servers in pre-Cloud days, organising integration with prepress and MIS to price jobs and pass them into production without time-consuming manual handling, the biggest failures were generally those of planning: who would the print portal serve – passing trade or existing customers? How would it be found by the former amidst the cacophony of voices on the web? What would be the compelling benefits to the latter who were used to ordering in different ways that suited them?

However, a route that can work well for smaller printing concerns without the dedicated full-time IT teams of the online giants is to start by offering simple web-based stock call-off and repeat ordering facilities, then developing into template-based job design and submission that simplifies job creation and ordering for the customer while tying the printer more closely into their business.

Worth a day a week

This is what Bradford-based Claremon has done. Having started out some 15 years ago printing swing tickets for textiles and small packaging, the company developed into general commercial print and developed its first online ordering capability in response to a specific customer need. Managing director John Conroy explains ‘We printed 50,000 housing benefit application forms for Leeds City Council. The print buyer was on the fifth floor, the forms were stored in the basement. Every time a housing officer asked for a form, the buyer had to go downstairs to get it then take it to the person who’d asked for it. This was taking about an hour and a half a day, a whole day a week.’

Mr Conroy suggested that Claremon could make life easier by setting up an online system that allowed the buyer to call off stock that the printer could then deliver directly to the people who needed it. The system to do this was developed in-house and the idea was successfully extended to other customers but after a while was felt to be falling short in terms of additional desirable functionality to offer to customers in financial and retail sectors, so around five years ago, Mr Conroy and his colleagues decided to look for a commercial solution. A Google search led them quickly to various suppliers, including ROI360 who won the business.

‘Budget control and approval workflow were the deciding factors,’ explains Mr Conroy. The former allows weekly or monthly sums to be allocated to users of the system, which is particularly useful in franchise arrangements where franchisees are allowed to spend up to a pre-defined limit for print on account, beyond which have to fund it themselves. ‘Customers love it but in reality they don’t use it,’ reflects Mr Conroy, so even if it’s a function for the future, it is helping Claremon win the business. 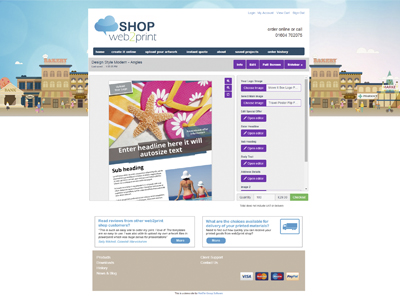 The approval workflow is very much in use, however. Template-based artwork is ordered by customers, who might be branch staff, franchisees, independent financial advisers or sales staff at a national flooring supplier, approved by the franchise holder if appropriate and press-ready jobs arrive to be printed. Claremon has just joined forces with another Bradford-based printer, Wheeldon Print, to add its web-to-print expertise to the latter’s two B1 presses and new Xerox Versant 180 sheet-fed toner press, with both companies sharing the latter’s premises and production facilities.

Established in 1946 to print slips for a local bookmaker, Wheeldon became a general jobbing printer and was the first in the north of England to install a Xerox Digipress. Today, 15% of Wheeldon’s turnover comes from digital print. Wheeldon managing director and partner in the new joint venture Peter Minchela sees the W2P capability that Claremon brings as a ‘bonus, an add-on’.

Files for litho print are routed into Wheeldon’s Screen Trueflow workflow for preparation for CtP plate output on a PlateRite platesetter; jobs that are destined for the Xerox Versant are sent directly to its Fiery RIP. A small amount of poster work is also produced in-house on an Epson 7800 inkjet printer.

While there are no plans to move into e-commerce, the web-to-print capability has clearly had a significant impact for Claremon. Mr Conroy explains, ‘We’ve had two significant wins, representing 15% of our business, based on those specific capabilities; one was even using web-to-print already and we were able to snatch the business from the incumbent.’ 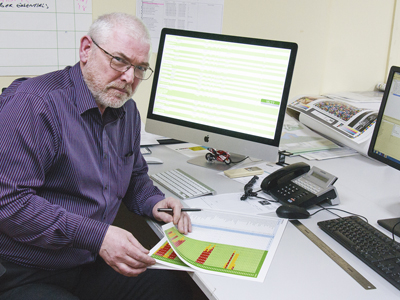 A printer that has used web-to-print services to embed itself even further into its customers’ businesses is Wyke Printers. The Hull-based firm began by printing knitting patterns and books in the late 70s, which, like many other aspects of that decade, has recently become fashionable again, albeit with a more upmarket focus, requiring higher production values.

While knitting may for the time be trendy again, what’s more valuable for the company is kitting – providing complete sets of print items to customers in fields as diverse as educational coursework publishing and manufacturing. While one requires folders, reference, mandatory and optional course texts and assessment books, and the other calls for installer and user manuals, safety certifications, labels, stickers and warranty information, what they have in common is a huge number of permutations from a list of printed items.

‘In one week we might print over 16,000 items for the local manufacturer,’ explains managing director Stephen Connor, ‘including orders for out-of-stock items as well as current products, pick and pack them and supply directly into the manufacturing plant.’ The printing is done on either one of two six-colour B1 presses, or on a pair of Xerox Versant 2100 sheet-fed toner presses.

The educational publisher also has a complex set of products, many of which include common elements but offered in various combinations, with a range of options available to both students and tutors. Some kits may contain as many as 18 or 19 items, while tutors are entitled to some free items, subject to conditions regarding quantities of paid-for products.

This pick-and-mix approach to the contents of printed kits posed a major difficulty for Wyke’s existing web-to-print software, which came from its prepress workflow supplier. When the workflow vendor admitted that it wasn’t planning to develop its own W2P solution any further, Wyke looked for an alternative supplier.

That supplier turned out to be Infigo Software, whose Catfish W2P platform forms the basis to the online ordering systems for both these customers and is linked to Wyke’s Tharstern MIS. Infigo staff built in the necessary logic and rules to enable customers of the educational publisher to order precisely the components they want from list of the relevant options. ‘You wouldn’t believe how difficult getting these little checkboxes next to the items in [the publisher’s] list was,’ recalls Mr Connor.

With Wyke’s manufacturing customer, both the kit print and its ordering have effectively been outsourced: ‘We receive the production schedule from the works and decide the print quantities from that. We work out the components, print and pack them and get them to the factory,’ explains Mr Connor.

It took some eight months of dry runs following the customer’s production schedule at Wyke to learn to work the manufacturer’s lead times, and to gauge their production variability. Wyke relied on Infigo to build the web platform as the company doesn’t have the IT skills or software familiarity to do efficiently itself. But the result, according to Mr Connor, is that ‘the end-customer is over the moon.’

The two customers using the Infigo and Tharstern-based system at Wyke represent a “substantial chunk of the business” and Mr Connor plans to roll out the capability to cross-sell or upsell to other customers in different sectors.

Future plans also include building in asset management capability so that both current and previous versions of documents could be visible and orderable online, plus the ability to turn quotes generated from the Tharstern MIS and supplied via the web portal to be accepted by customers and turned into live jobs. ‘We want to encourage customers to create the job, the quote and then trigger it themselves,’ explains Mr Connor.

Template-based design and ordering is also used at nation-wide charity Action for Children. With around 6000 staff working across 600 services, production and distribution manager Trevor Ellis says that their RedTie-based system has around 2000 regular users and up to another thousand or so occasional ones. 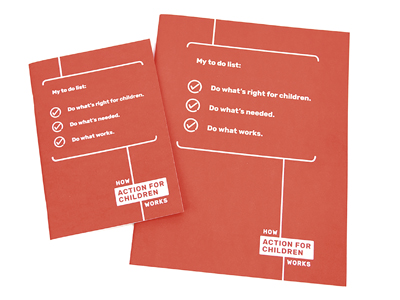 The portal allows the ordering of branded merchandise such as shirts, umbrellas, badges and pens as well as a variety of print items. Some of the latter, such as tickets for local events, are downloaded as PDFs for printing on local desktop printers, while longer run or more specialised items are sent to MPC Printing Solutions for either digital printing on Konica Minolta cut-sheet machines or via litho.

Mr Ellis says of the RedTie system ‘It’s straightforward, vey user-friendly and easy to maintain. It has all the assets to build a good website for very little cost in the scheme of things.’ He also likes the system’s flexibility, which allows further suppliers to be added for different types of jobs, such as pop-up banners.

Read the full November issue of Digital Printer here. Subscribe to the magazine for free – register your details here. 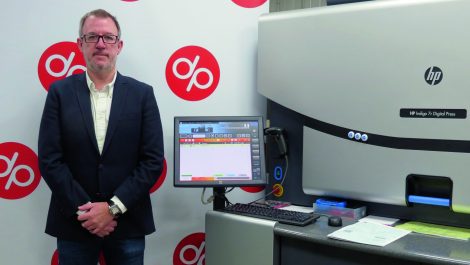 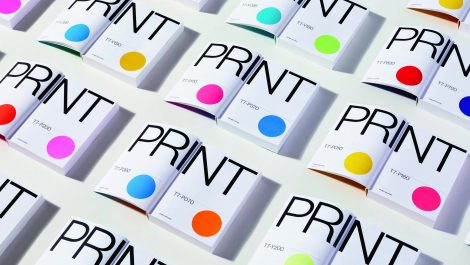 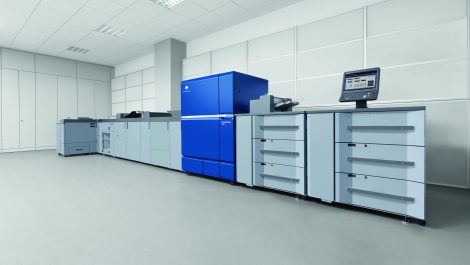 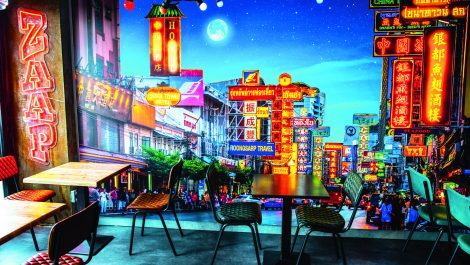