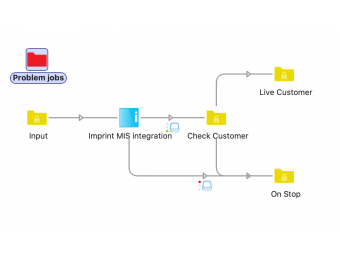 Users of Imprint MIS and Enfocus Switch will now be able to achieve tighter integration between the two thanks to an application written by the former and made available for free via the latter’s Appstore.

The Imprint MIS app allows integration between the MIS and anything that can be automated via Switch by providing access to Imprint data sets and the ability to create new jobs. Data from the MIS that may be accessed this way by external systems and processes includes customer and job metadata, job status and stock metadata, while existing job statuses may be updated and new jobs created in the MIS.

The app was developed without technical support from Enfocus – a first for an MIS provider, apparently – but in conjunction with Imprint and Enfocus customer Elanders, where it has been used to automatically update thousands of event statuses a month, according to Imprint sales director Peter Horwood, who says it requires a relatively low level of IT knowledge to use, with a clear understanding of the workflow and processes being more important than programming skills:

‘There’s no code writing but customers need to join the dots,’ Mr Horwood told Digital Printer. ‘They need a clear idea how to map processes, such as file routing dependent on file size or reaching milestones such as ‘proof approved’.

‘The potential is huge. In the climate we’re in, anything we can do to help with automation sparks conversations about other things and creates inspiration. Lots of companies are looking at things such as integrating with courier services via [our] API. It’s about being more collaborative, more open to conversations.’

The Imprint MIS app requires Switch 2018 or later and Imprint API version 1.0.150 or above. 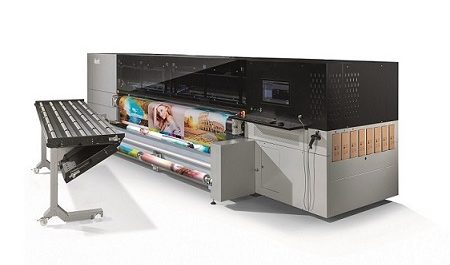 Durst doubles up on hybrid performance 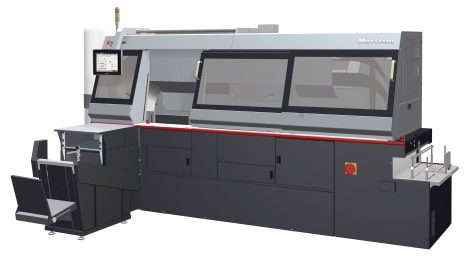 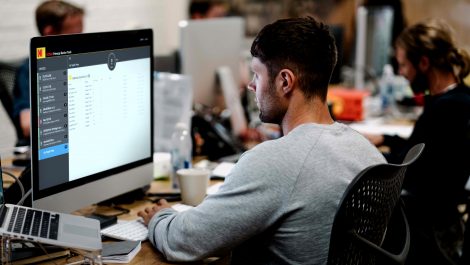 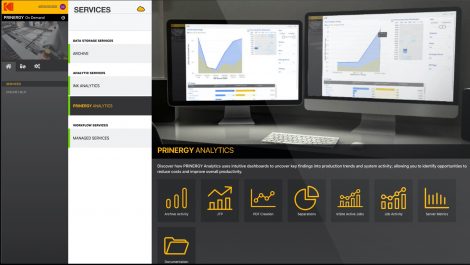