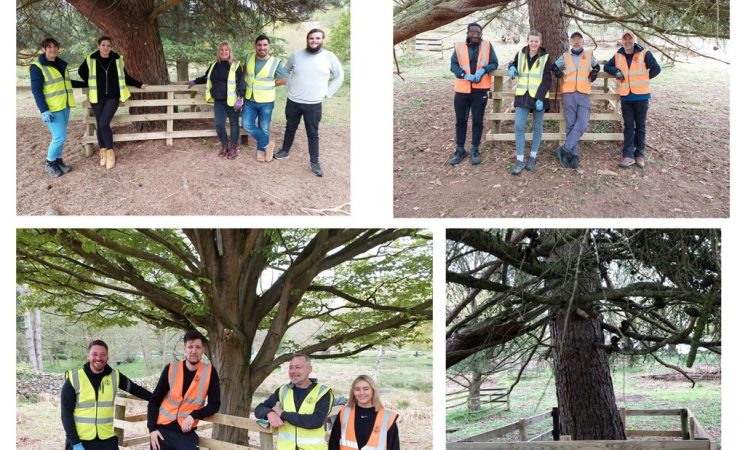 The Antalis team repaired fences in the park in Leicestershire

A group of volunteers from Antalis came together in May to take part in a team building day at Bradgate Park. The day was part of Antalis’ Earth Day activities and aimed to build and repair damaged fences that protect the trees in the Leicestershire park from deer.

The park itself is set in 830 acres of countryside and is home both to many trees that are several centuries old and a large number of free-roaming Fallow and Red deer. Over the years, many of the old fences protecting the trees had become damaged due to weathering, consequently allowing the deer to eat the bark and leaves of the old trees.

The Antalis team building day began with a short safety briefing, followed by fence building in the deer sanctuary area of the park. Under the guidance of the park ranger and two volunteers, the team set to work removing the damaged bits of the fence so they could be replaced with new wood, restoring the protection of the trees.

Jason Poxon, Antalis Packaging technologist manager, commented, ‘All of the volunteers who got involved with the team building day at Bradgate Park had a great day. Spending time together as a team as well as contributing to the protection of those ancient trees was really rewarding!’