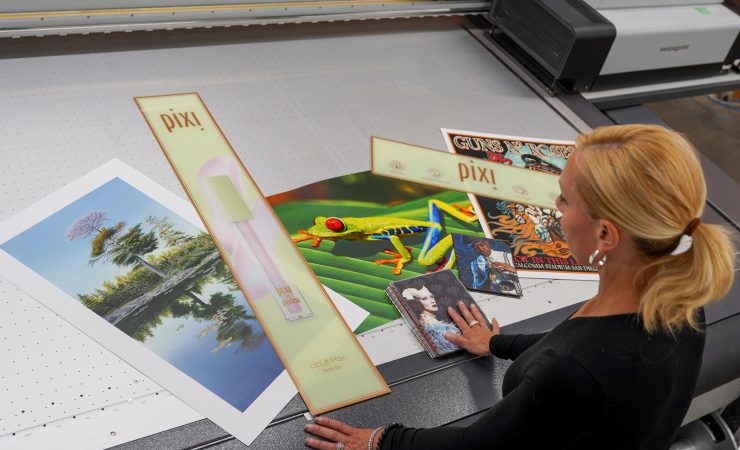 Simpson Print has installed its third swissQprint Nyala flatbed printer as it prepares for the retail market to boom in its native Canada.

The company has been involved with screen printing for over 25 years and was an early adopter wide-format technology. Retail represents a major part of its work however, and the firm is now preparing for increase in demand for its products.

When it comes to the swissQprint technology, the company introduced its first Nyala machine back in 2017, adding a second two years later before the third arrived earlier in 2021.

‘Simpson Print is always about unique differentiation in the market,’ said Carla Johanns, president of Simpson Print, who also stressed that ‘this acquisition was about quality. Quality is a client deliverable that we are not willing to sacrifice.’

The addition of the third machine puts the organisation in ‘one of the strongest positions possible for quality, speed, and versatility in meeting all print requirements on time,’ Ms Johanns adds. ‘Key to success is not just diversity, but intelligent integrated processes.’