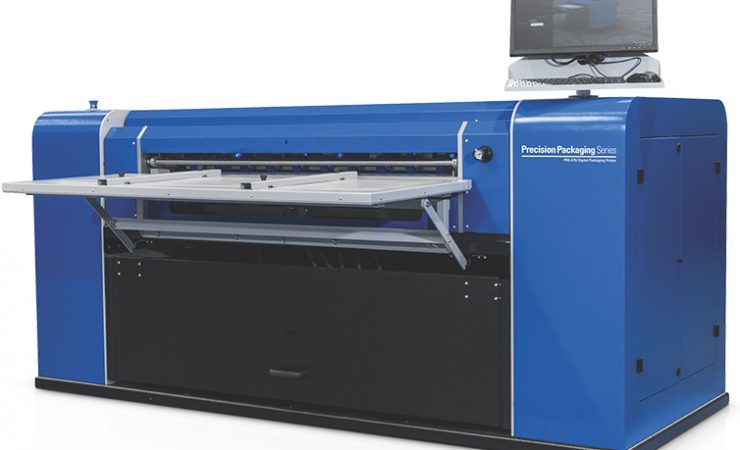 Konica Minolta has introduced a manually-fed single-pass inkjet printer aimed at producing short runs of corrugated board packaging for food and other goods, particularly those sold via small scale e-commerce outlets.

Called the PKG-675i, the new printer has been developed and built by Portuguese wide-format and label printer manufacturer Mtex (whose New Solution digital label press line is also OEM’d by Konica Minolta) in collaboration with KM and is distributed exclusively through Konica Minolta in EMEA as well as the Americas.

The printer uses aqueous inks with FDA and equivalent approvals, which make it suitable for food packaging such as pizza boxes, and prints at 1600 x 1600dpi to a width of 1067mm across a maximum media width of 1200mm, at speeds up to 18m/min (in ‘low’ 1600 x 800dpi resolution, half that at full resolution). The colour set is CMY plus double black channels in order to get good density of colour images on higher quality white-laminated media and reflecting the reality that much print on natural kraft board is black-only. Five Memjet continuous-flow thermal inkjet print heads are used to achieve the quality and productivity in a single-pass design, though KM also said that this would make a white ink option impossible due to the required viscosity. Mtex president and founder Eloi Ferreira said that the company is looking at alternative ways to bring white ink into this sort of application.

Media transport is via belts that are wider and longer than in the NS Multi device previously available from Mtex, which has achieved some 130 installations and ‘had a good response’, according to Mr Ferreira. These are assisted by a vacuum system to keep the media in place throughout the feed-in, imaging and output stages, and further complemented by a cleaner/ioniser to remove dust that might clog printheads from the the substrate before it passes under the printheads. Board up to nearly 16mm thick is supported and a small degree of curvature can be tolerated. The media transport does not use crush wheels, so the substrate is not damaged.

The PKG-675i can print on flat sheets or pre-cut and scored boxes, coated or uncoated. Higher quality results are possible on coated and media settings profiles for different job types can be stored via the Windows-based operating system. No loading automation options are presently offered, as Konica Minolta says that it is aiming for an attractive price point for commercial printers and label converters to diversify their offering, rather than appeal to high volume packaging suppliers.

Applications in the range from one to 400 or 500 boxes are envisioned, with the ability to personalise via discount coupons or QR codes for easy re-ordering supported through the Caldera Rip that is used to drive it; this also handles colour management functions. Konica Minolta and Mtex presented a grid of ‘real life’ job costs that suggest that the savings on producing in-house with the PKG-675i could amount to over two Euros per finished box (on runs of 400 or 500) compared to outsourcing digital production. UK pricing for the new machine is £95,000.

The PKG-675i is available immediately. 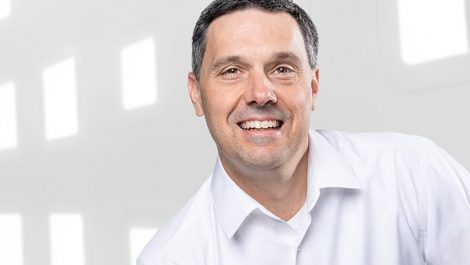 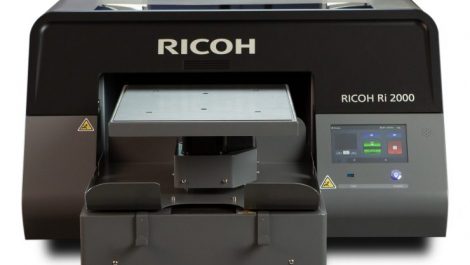 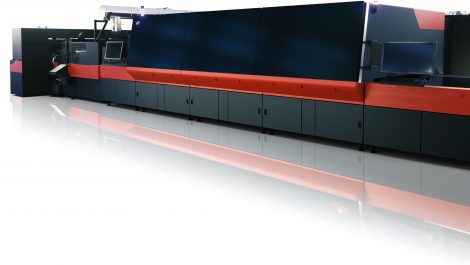 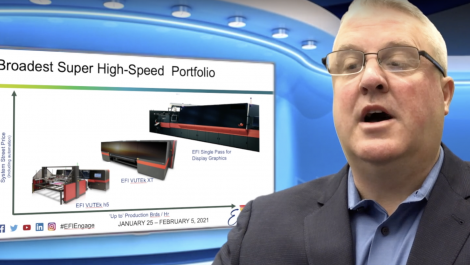