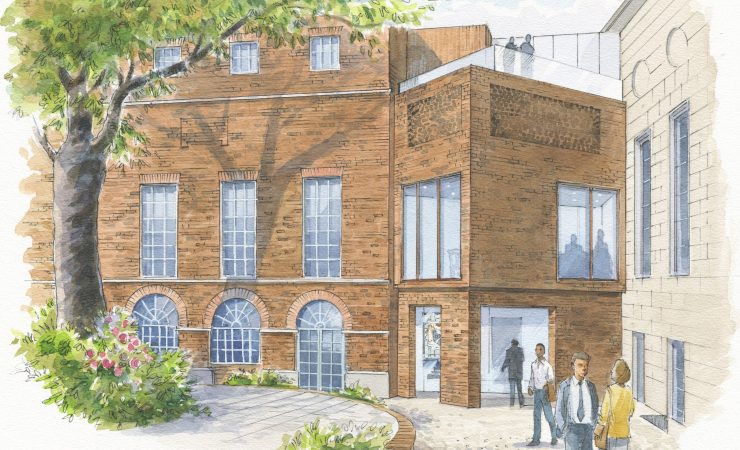 Stationers’ Hall was opened in 1673 to replace the Company’s original hall, which was destroyed in the Great Fire of London.

The Stationers’ Company has given the green light to a £7.5 million project to redevelop its historic headquarters.

The renovation will ‘bring modern day facilities and better public access’ to Stationers’ Hall, which is a Grade 1 listed building adjacent to St Paul’s Cathedral.

The project, which has been in the pipeline for five years, will see a second entrance added to the all, along with a lift giving access to the historic Livery Hall and to other public rooms. Air cooling will also be added before the hall, which regularly hosts formal dinners, forums and debates pertinent to the print industry, reopens in 2022.

‘This landmark project will transform Stationers’ Hall by making it significantly more accessible, comfortable and safe,’ explained Stephen Platten, master of the Stationers’ Company. ‘These three benefits will have a major impact on the future of our hall, making it truly fit for purpose in the 21st century.’

Stationers’ Hall was opened in 1673 to replace the Company’s original hall, which was destroyed in the Great Fire of London.