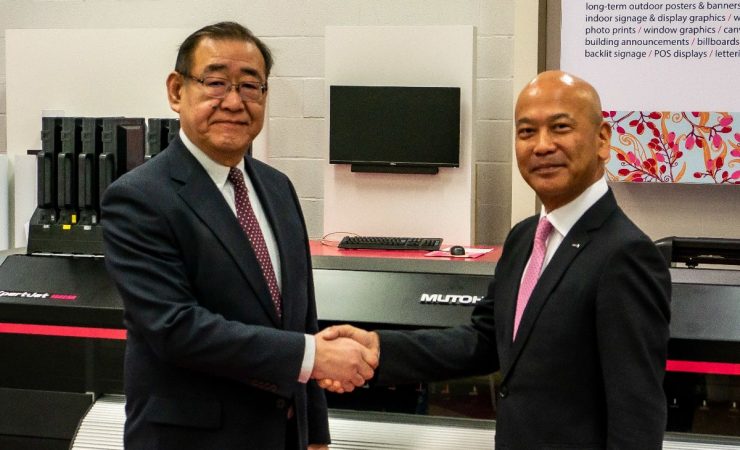 The retiring Kenji Yasuhara (L) will be replaced by Mitsuo Takatsu

Mutoh Europe has confirmed that Mitsuo Takatsu is to be its new managing director. Mr Takatsu, who will take up the role from 1 April, replaces the retiring Kenji Yasuhara.

Mr Takatsu oversee all sales, sales support, logistics, marketing, product and application support as well as after-sales support activities for Mutoh throughout the EMEA business area. He joined Mutoh in August 2019 having previously worked for Panasonic for 35 years.

Meanwhile Mr Yasuhara joined the Mutoh Group in 2014. He served as Mutoh Deutschland’s general manager until 2016 when he became managing director for the whole of Mutoh Europe.