Jet Press is the solution for fashion photographer 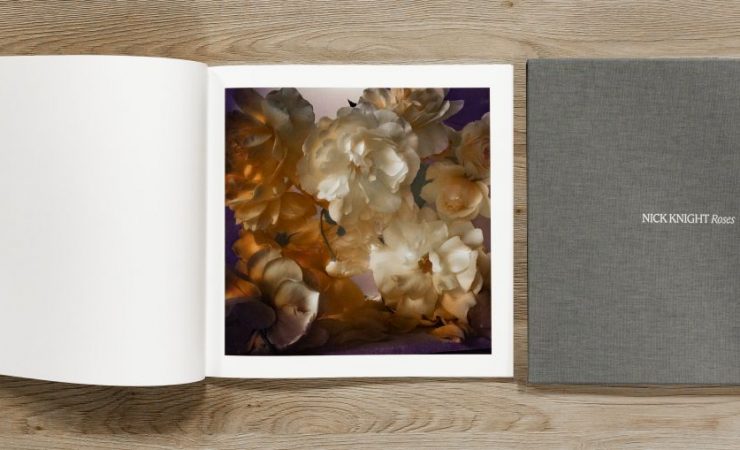 Mr Knight is one of the country’s most celebrated fashion photographers and has worked with designers such as John Galliano and Alexander McQueen, companies including Christian Dior and Calvin Klein and musical artists like Lady Gaga and Kanye West.

However, for the past few years he has been working on a personal project, using his iPhone to take photographs of roses in his own garden. Earlier this year Mr Knight was offered the chance to turn these images into an exhibition at the Albion Barn Gallery in Oxford.

The event ran from late June to early November, and to accompany it the gallery asked for an exclusive, case bound book of all the photographs on display. The finished product had to be exceptionally high quality and, as an exclusive collectable for an appointment only exhibition, it also had to be very short run.

It was Mr Knight’s long-time collaborator, art director Paul Hetherington, who recommended the Jet Press, which he described as ‘the single most impressive piece of print technology,’ he’d seen in several years of researching the industry.

‘I’ve loved the opportunity to rediscover print,’ Mr Hetherington said. ‘For some years I was working on projects that were all online and it was exciting to see how far the possibilities in print have moved on. I enjoy thinking not just about how I want a piece of printed material to look but how I want it to feel. People want to be physical and tactile with print now, otherwise, why bother printing it? I find that I start with what I want the look and feel of a printed piece to be and then work backwards from there.’

Naturally Mr Hetherington turned to a company he had worked with before, Kenilworth-based Emmerson Press. ‘I knew what the Jet Press was capable of and I’d worked with Emmerson before, so I knew they’d do whatever it took to make it happen and get it right.’

Reflecting on the project Jamie Emmerson, director at Emmerson Press, said: ‘It’s one of the most challenging jobs I’ve ever worked on, simply because of the number of different techniques we had to employ. The bulk of the book was printed on our Jet Press 720S, which has since been upgraded to a Jet Press 750S, including all the roses pictures which were printed using the Jet Press’s Max Gamut colour functionality.’