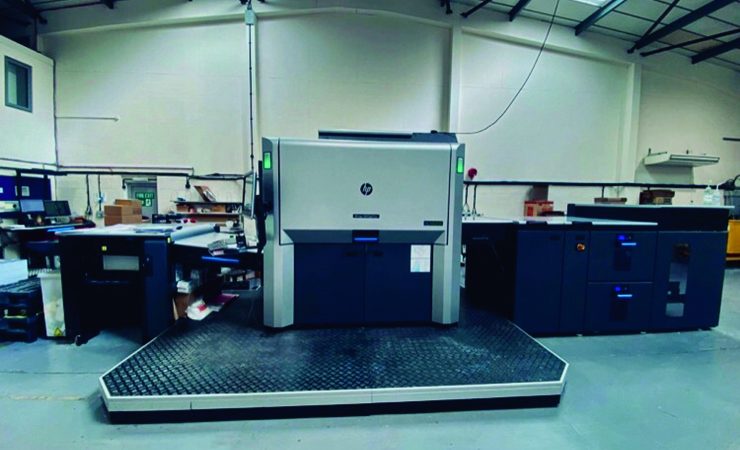 As much as automating printing and finishing, integrating the software processes in a print business pays dividends, even if you have to develop the software yourself, finds Michael Walker

With significant numbers of people still working from home, more general shortages of suitably skilled staff in various print specialisations and a move to support self-service online ordering, it’s not surprising that automation is one of the recurring themes in this issue . But automation isn’t just about the mechanical and physical processes of print and finishing, it needs to extend across every part of the sales, job submission, approval, printing, finishing, shipping and billing process, with management oversight and analysis available immediately and continuously.

For most printers that’s quite a tall order and so it’s not surprising that few have really achieved it all. But Digital Printer has been looking and we’ve found some that show what’s possible with the right approach – and skills.

One route to successful automation is to keep things simple, in terms of what you make and how you sell it. That’s been the strategy at Parrot Print, which has built its success on making high quality framed canvas prints, which it sells exclusively online.

The production floor at Parrot Print, where the EFI Vutek Q5r is expected to handle almost everything

Mr Dahan realised very early on that to scale the business, it was going to require ways of automating and simplifying processes. He says he adopted the ‘McDonald’s approach’ in which no one should have to take more than a couple of steps to reach the equipment or materials they need. He added to that in-house developed order processing software so that jobs could be routed and tracked efficiently.

‘We’re not reliant on skilled staff in production,’ he says, adding, ‘It’s less stress for them, as things can’t go wrong,’ though he admits that implementing the level of automation which can achieve this ‘wasn’t easy, and wasn’t done overnight’.

The first phase, carried out during 2018, saw various features being added to the in-house system, and a faster server for Rip work – the current model is a 96-core machine that cost around £7000 just for the hardware.

In this time of supply chain difficulty, he’s also acutely aware of the need to keep materials available to keep the work flowing. ‘We hold four days’ stock, and use UK suppliers throughout, with whom we have good relationships. If we can get any component from a company that manufactures in the UK, we will. If we were buying from the Far East, we’d need five times the space,’ he says. Perhaps unsurprisingly, stock ordering is automated too, with re-orders triggered when quantities fall to predetermined levels.

A key part of the production management is tracking work through production. ‘We were visually matching jobs to order sheets,’ recalls Mr Dahan, but that was replaced by bar codes and then by QR codes, though not because the higher data capacity of the latter was needed but because they scan more reliably, avoiding another area of potential confusion or hold-up.

In terms of printing hardware, Parrot Print has relied until recently on a fleet of Epson SureColor SC80600 1.6m roll printers. Mr Dahan says ‘The Epsons have been bombproof, we’ve absolutely hammered them,’ which included running them overnight. There is also an older Canon Prograf machine that is used for ‘bits and pieces’. However, he’s now taken a step up in productivity, becoming the first UK customer for the EFI Vutek Q5r, the 5-metre roll-fed machine announced in January 2021. Mr Dahan points out that the new machine, which was installed in October 2021, can potentially produce as much output as 28 of the Epson machines, and that overnight running won’t be necessary any more.

He describes the printer’s speed – which is up to 672sqm/hr – as ‘unfathomable’, and also raves about the quality, which is ‘unreal’ in terms of detail achievable, with text down to 5pt reproduced legibly.

JDP was Venn’s first acquisition. Culverlands Press was the second

Ink saving is another factor that appeals to his business sense. ‘The ink is half the cost [of Epson’s] and we use 20% less of it,’ he notes. Perhaps unsurprisingly, the plan is for the Epsons to be taken out of service once the Vutek is fully commissioned.

Process optimisation at the packing stations allows operators to ready 120 parcels an hour, most of which contain single items. ‘We redesigned packing to make it easier, but it got faster as a by-product,’ says Mr Dahan. Like the use of QR codes for more reliable scanning, which he estimates improved packing efficiency by 1%,it’s all about cumulative efficiency gains.

‘Automation seems like it’s terribly daunting, but breaking it up into sections makes it more manageable,’ he advises, adding that asking production staff what their biggest problems are is the way to identify areas for attention.

Build it as you go – JDP

‘There is opportunity inside automation, it’s so underutilised,’ opines Anthony Thirlby, director of Venn Holdings, an acquisition vehicle he and co-founder Andy Rae, both ex-Heidelberg, started at the beginning of 2021. ‘The manufacturers and providers of capital equipment have had a huge learning curve too, plus customer reticence to deal with,’ he adds.

Putting these observations into practice has been an important part of the strategy at Venn, which bought Whitchurch, Hampshire-based John Dollin Printing in March 2021. ‘We’ve spent getting on for £100,000 in seven months, including the [software] architecture and development time; it’s a huge differentiator,’ he confirms. 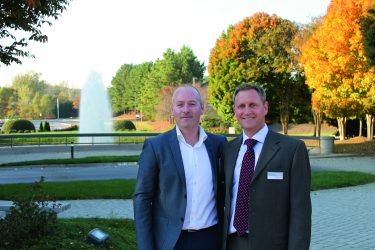 Mr Thirlby is something of a veteran of software automation projects, having been one of the first to implement JDF in 2007 while at ESP and he says he’s ‘dragged’ various companies through it since. Despite this caveat, he feels that the biggest opportunities are in the MIS space, however, and as part of the work at the re-branded JDP, a complete overhaul of the company’s Tharstern system, which had previously been used only for estimating, job costing and invoicing, was carried out.

In some ways JDP provided a perfect blank slate to work some automation magic on. Mr Thirlby comments that it had ‘no sales’ when Venn bought it but noted that it also had no debt – ‘In the first three days, just two orders came in,’ he recalls, adding, ‘so we had the opportunity to build the JDF, XML and JMF workflow.’ In the first month under its new owners the company turned over £98,000; by October 2021 that had grown to some £460,000 and on a reduced headcount.

Mr Thirlby was able to use existing contacts to bring in work, including for online operations, to build the volumes quickly, while focusing on driving efficiency both on the offset and digital sides of the printing operation, which are now collectively handling some 240 jobs a day. The development work didn’t start until July 2021 and Mr Thirlby explains they then spent three months building the sales line and infrastructure to allow doubling or tripling of throughput without further development work.

The litho side of the operation was rationalised initially, though is now expanding again to serve the aggressive expansion plan. An HP Indigo 100K, complementing an existing Indigo 12000, was added in April 2021 to provide ‘acceleration’ into longer ‘short run’ work, shifting the boundary between digital and offset.

The aim of the automation is less about what happens in the press room or bindery and more about what happens upstream ‘before ink or toner’ come into it. JDP built its own business intelligence (BI) solution, which uses data from the Tharstern MIS to find ways to drive down costs and increase per capita productivity. Mr Thirlby observes that while ‘most printers are employing staff on £35,000 or more to process job bags’, ‘if I can get the system architecture to do this, it changes the cost base’.

JDP doesn’t operate an e-commerce portal but provides it clients with an upload link that sends jobs straight into its Heidelberg Prinect workflow. ‘Ninetyfive per cent of the work goes straight into the DFE with no touches,’ reports Mr Thirlby, adding that the home-built BI batches jobs by paper type.

Job routing at JDP is managed via product type, but the system Thirlby and his colleagues have developed he says allows re-routing in response to changed criteria in 30 seconds, moving jobs between the Indigo presses according to availability or loaded stock type, for example.

To achieve these kind of figures also means being selective about which clients and types of work are taken on. ‘John Dollin was a local jobbing printer that would do pretty well anything. We can’t handle that on our headcount, so we take clients with a minimum £100,000 spend.’ Mr Thirlby concludes 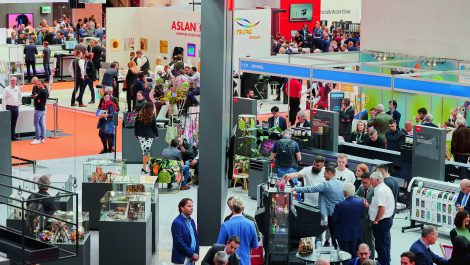 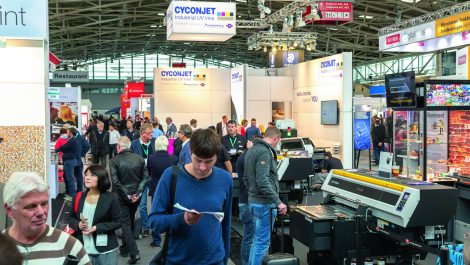 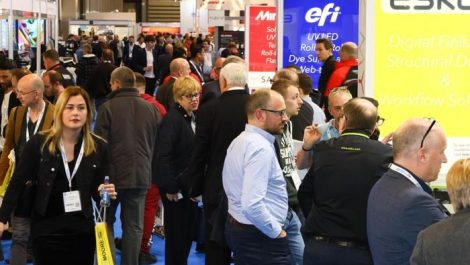 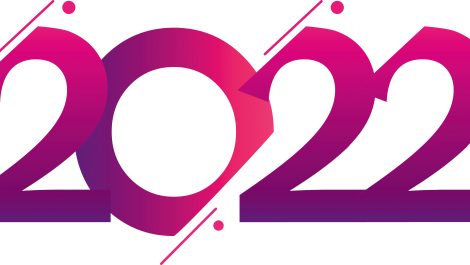