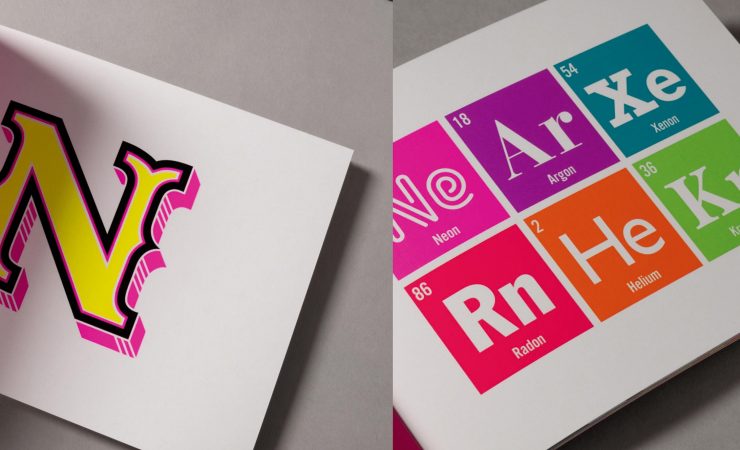 In part two of our look at enhancement and embellishment options for digital print, Michael Walker examines the increasing range of effects that can be achieved on digital presses

Recent digital press introductions and developments have expanded the range of things that can be achieved in the ‘print’ pass without needing any additional finishing processes. These include additional colours, including white and metallics, as well as clear toners or inks, which can be used to add a number of effects that otherwise would be achieved using separate conventional analogue processes or, for variable work, dedicated digital finishing or embellishment devices.

Extra colours can be fluorescents, which add eye-catching colours when used as solids, or can be mixed with the usual process colours to achieve an expanded gamut of vibrant shades. Then there are additional primary colours such as orange, green or blue, which, while also expanding the overall colour gamut, are mostly aimed at better brand colour matching. There are also special inks or toners for security applications such as MICR, used in cheques and financial documents, or ‘invisible’ red that fluoresces under UV light, employed as anti-counterfeiting measures in tickets, labels or packaging on high value products.

Some digital presses now support metallic inks or toners, typically silver or gold, enabling foil-like effects to be printed (although you wouldn’t mistake them for true foiling), or mixed with the process colours to provide a metallic sparkle or sheen.

White ink or toner is not just for printing white elements on coloured stocks but can also serve as an underlay for correct CMYK image reproduction on coloured or transparent substrates. It can also be used in some presses as a background block-out on metallised substrates for a more convincing ‘foil’ look, though digital white inks don’t on the whole offer such good opacity as screen or flexo ones and may require more than one pass to achieve the desired effect. Against that is of course the fact that it’s a fully digital process, so very short runs or item-to-item variation is possible and cost-effective.

Clear ink or toner can provide fully variable ‘spot-UV’ effects, and may offer some of the protective advantages of lamination, though it is probably not cost-effective for full flood coverage. In addition, some presses support a multiple-pass build-up of texture for haptic effects; a sort-of digital equivalent to embossing, although with a quite different look and feel that lends itself to creative applications as well as accessibility ones like braille.

All these are fully variable so that the special effect or colour can be different on each impression, which may be more productive than having to run a separate post-press process, even if it can be done digitally, as described in part one of this feature, last issue. 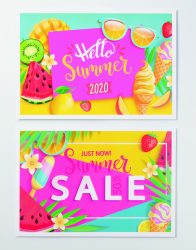 On the downside, there are strict limitations on how many special colours can be used at once or in a single pass. Some presses can’t be upgraded to take them at all or require manual swapping of toners to allow second or subsequent passes, and each colour will typically incur a separate click charge. The use of extra colours doesn’t usually affect the performance of the press, though, unless multiple passes are necessary, as they might be with white, or to build up a clear texture.

Xerox’s Iridesse is a six-colour toner press that in addition to CMYK can support any further two from a choice of metallic gold, metallic silver, clear and white, which can be printed under or over the process colours. The Versant 180 can use additional colours via an Adaptive Kit. This means swapping out the regular toner cartridges for the special colours and running work back through the press, but you get a wider choice than with the Iridesse – in addition to its metallics, white and clear, there are also fluorescent magenta, yellow and cyan toners, and the potential to use everything if you don’t mind multiple changes and passes, or to make creative use of any subset in single-pass operation.

At the entry level, Xerox has recently added the VersaLink C8000W, which offers CMY plus white printing for use on coloured media, all in a 1sqm footprint and at an ‘affordable’ price. The company intends it to be an entry point into embellishment printing. Oki also offers CMYK plus white in its A4 and A3+ ‘white toner series’ desktop colour printers, which contain a variant optimised for printing to transfer media for dye-sublimation work to textiles or suitably treated hard media, as well as CMYK plus white or clear in its Pro9000 A3+ range, which can print onto clear and heat transfer media as well as various paper stocks.

Kodak offers a wide range of additional toners for its Nexpress/Nexfinity line, from gamut-boosting red, green or blue to red-fluorescing and MICR inks for security applications. There’s a metallic gold and a metallic clear which can be used to create other metallic colour effects or to simulate pearlised stocks, while the normal clear can be used for spot or flood coating and in its ‘dimensional’ guise for building tactile finishes. There’s also an anti-microbial version of the clear ink. Only one additional toner can be used at a time, however. Additionally, Kodak offers an Intelligent Glossing Solution which allows sheets coated in clear to be given a ‘laminate-like’ gloss, with a further option of a matte finish via a special fuser roller.

Ricoh’s Pro C7200 sheet-fed press has a fifth colour station and can add white, clear, ‘neon’ (fluorescent) yellow or neon pink to the usual CMYK without affecting productivity. The same options are supported in Heidelberg’s Versafire-badged version of the press.

If you’re already invested in a production-level digital press, it’s unlikely that you’d want to change it just to get the extra colours, but if you’re thinking of getting a new one anyway for replacement or expansion, it might be useful to have some extra (coloured) strings to your bow. Or you might consider adding one of the entry-level devices to test the market before taking a bigger step. A number of printers have already found that the added value of the work they can produce pays for the machines quite quickly and helps sell print against ubiquitous digital media. 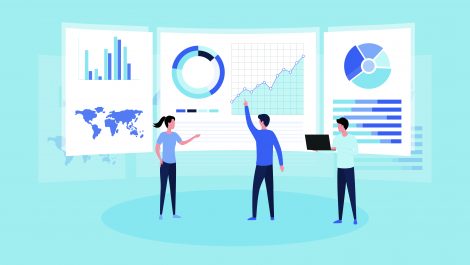 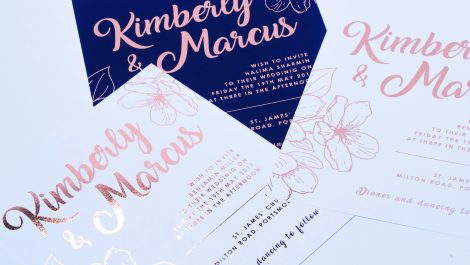 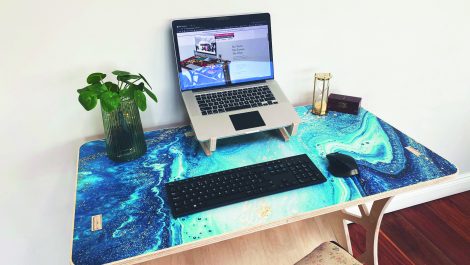 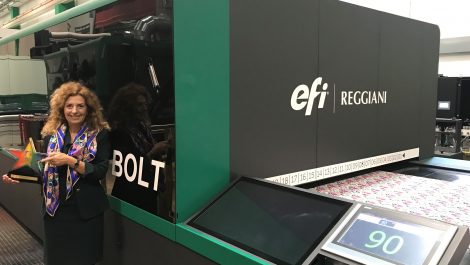