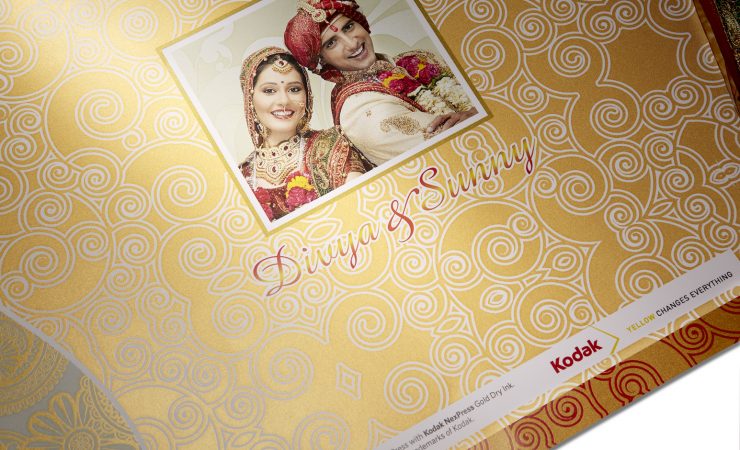 Special effects can add value to any print job, as well as improving the overall profit margins for a print service provider with the right equipment. Nessan Cleary shines some light.

Despite the threat from online communications, print still remains one of the most effective ways of reaching out to people, whether that is through direct mail, brochures or even packaging and point of sale displays. This is partly down to the nature of the media – many people just find it easier on the eyes to read from a reflective medium like paper than a transmissive screen. But there are many ways to enhance the print experience, from using thicker, more luxurious substrates, with brighter, more vivid colours or even metallics, through to embossing or using spot varnishing to give a more tactile experience.

The trick of course is to invest in the right equipment to deliver these effects to justify higher prices, without significantly pushing up costs and affecting the bottom line. In the past, adding special effects to a job has meant using a further processing stage, either to run the sheets back through the press, or an extra post-press stage. But increasingly press vendors are designing their machines to offer a broader range of effects in a single pass, which saves both time and money on each job.

We have seen a number of digital presses introduced this year that not only add a fifth colour station but let users choose the order that the colours are laid down to achieve different effects. Most vendors now also supply a good choice of different colours, not only to increase colour gamut but also to offer particular effects such as neon. Clear toners have also proved particularly effective because they can provide a spot varnish effect that is both eye-catching and adds an extra tactile effect that neatly underlines the printed message. 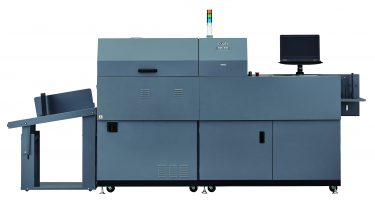 The DuSense Sensory Coater is a UV spot coater that can add embossing effects to short run prints.

Order, order
Earlier this year Xerox announced a new dry toner press, the Iridesse. There are six colour channels, of which the middle four are the standard CMYK colours. But it is the other two special effects channels that make the difference. The first of these can be loaded with either gold or silver dry toner, while the last can be set up with gold, silver or clear. This way the metallic tints can be laid down first with the colours on top, or you can put the metallic tint on last. The metallic toners are said to have both a high sparkle grade and high reflectance. The clear toner can be used to add spot varnish or textured effects to the overall design. In the last few months Xerox has introduced a new white toner that can be used to add spot effects. It can be layered under or over CMYK – or both for double impact – on a wider range of media including black, transparent or metallic stocks, craft paper, and synthetics and polys.

The Iridesse press can run stocks from 52–400gsm and will take a variety of media including coated and uncoated papers, window decals, synthetic papers and polyesters. There is a stock library that contains profiles and optimises settings such as fuser temperature specifically for each media. It can print at up to 120 A4ppm, even with the special colours in use and with the heavier stocks.

Kodak offers a range of special effects options for its Nexpress range, including the Nexfinity launched earlier this year. This can produce up to 120 single-sided A4 pages per minute at a resolution of 1200dpi. It allows the colour stations to be switched around so that colours can be printed in different combinations, such as CMY plus two spot colours, which will allow packaging printers in particular to hit specific colour gamuts.

The spot colours include red, green and blue, which are used to match a wider range of Pantone colours as well as spot colours for brand logos and so on. There is also a metallic gold and a red fluorescing option as well as a light black that is said to improve overall image quality whilst reducing the amount of CMYK needed. Recently Kodak added an opaque white, which is particularly useful for applications such as packaging, signage, labels and invitations.

HP’s Indigo presses have always had the capability to print up to seven inks, with the company routinely introducing new colours. Earlier this year HP introduced a new Silver ElectroInk, which produces much better metallic effects than the previous silver, with HP claiming a colour gamut similar to Pantone 877.

HP has also recently announced Invisible Blue and Yellow, which fluoresce under UV light and can be used for brand protection and promotional labels. In addition, the company has introduced Vivid Pink and Vivid Green, meant for high end photo applications like weddings. Other colours include Fluorescent Green, Yellow and Orange for commercial applications as well as various Pantone colours. HP will also mix special colours for customers. The effects can be stunning but the additional colours also incur higher click charges and each extra colour takes longer to print as the Indigo system lays down one colour at a time.

Ricoh also supports a fifth colour station on its Pro C7200X printer, with a choice of several colours, including white, neon pink and neon yellow, as well as clear. Eef De Ridder, director of commercial printing for Ricoh Europe, says: ‘We also have the ability to print white and CMYK in a single pass which was not possible before.’ He adds, ‘We can print the white first and the CMYK on top of it in a single pass, which gives a much enhanced capability because it’s only one click. Also, having white first gives a much better grading on the colours.’ However, Ricoh has not added the fifth station to its high volume Pro C9200 as it sees the print effects market as more specialised.

MGI has long sought to blur the boundaries between print and post-press, developing a range of digital devices that include various embellishment effects. The latest of these is the AlphaJet, a B1 inkjet device that was first shown as a prototype at drupa 2016 but has only recently been officially introduced. It uses a Memjet print engine with aqueous pigment inks printing in CMYK, plus UV inks for both white and clear varnish, as well as variable embossed foil decorating. It is mainly aimed at packaging applications and can handle corrugated flute board, paper, plastic and synthetic substrates at 1800 B1 sheets per hour. 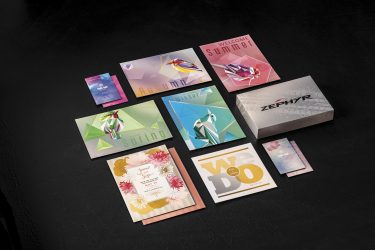 Samples from Xerox Iridesse, which can produce metallic effects in a single pass with no loss of speed

Post-press approaches
So far we have looked at presses that can offer something extra in a single pass. But there are plenty of effects that can be added post-press, notably foiling and laminating. However there are several digital finishing devices that can be used to complement variable data printing for those jobs that need a little extra something.

MGI has also used inkjet technology to develop a series of machines. This includes the JetVarnish platform of spot UV coaters, with the most recent addition being the JetVarnish 3D Evolution. This is a B1+ device that can handle prints from digital, offset or flexo presses. This offers a range of special effects, including dimensional textures and variable data embossed foil, though the hot foiling is an optional module. It can produce up to 2291 B1sph, though its default size is B2, and is fitted with MGI’s Artificial Intelligence SmartScanner technology which allows for registration on a sheet-by-sheet basis.

Scodix has also developed a range of enhancement presses that use inkjet printheads to add special effects. The system “prints” a selection of UV polymers rather than inks, with each type of polymer giving a particular effect, such as laminating or gloss varnishing, including spot varnishing effects. The polymers can be laid down in multiple layers to build effects such as embossing and even variable data braille.

The company sells a series of B2 machines, as well as the E106, which is mainly aimed at the packaging market. There’s also an inline foiling module, the Scodix Foil, designed for use with the Pro models to add a range of metallic treatments including 3D holographic effects.

Duplo sells its own inkjet enhancement device, the DuSense Sensory Coater. This is a B3 machine that prints clear UV spot varnish. It can be used for embossing effects and can handle both heavy solids and fine detail in the same pass. It can produce up to 1080 B3 sheets per hour.

Finally, it is also worth considering the substrates used. Most of the latest presses will handle heavier stocks as well as long sheets, which in themselves can help to make a printed product stand out. Sometimes a relatively simple process, such as adding a foil effect to a thicker paper, is all that is needed, but in other cases a spot varnish on a thinner stock might be more appropriate. The real trick lies in analysing the different options to understand the costs involved and how each one affects the profit margin for that job. dp 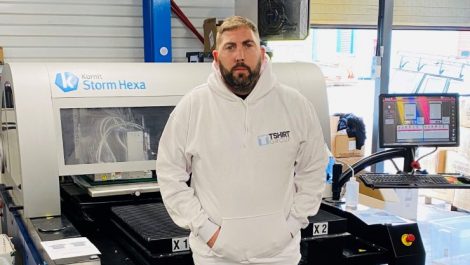 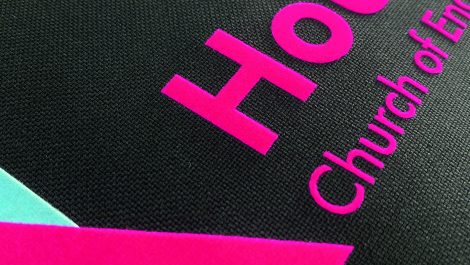 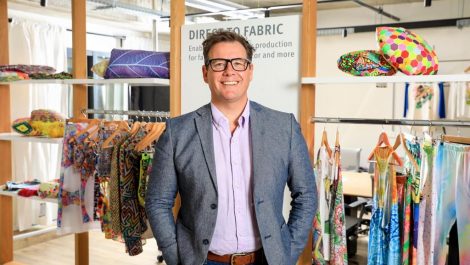